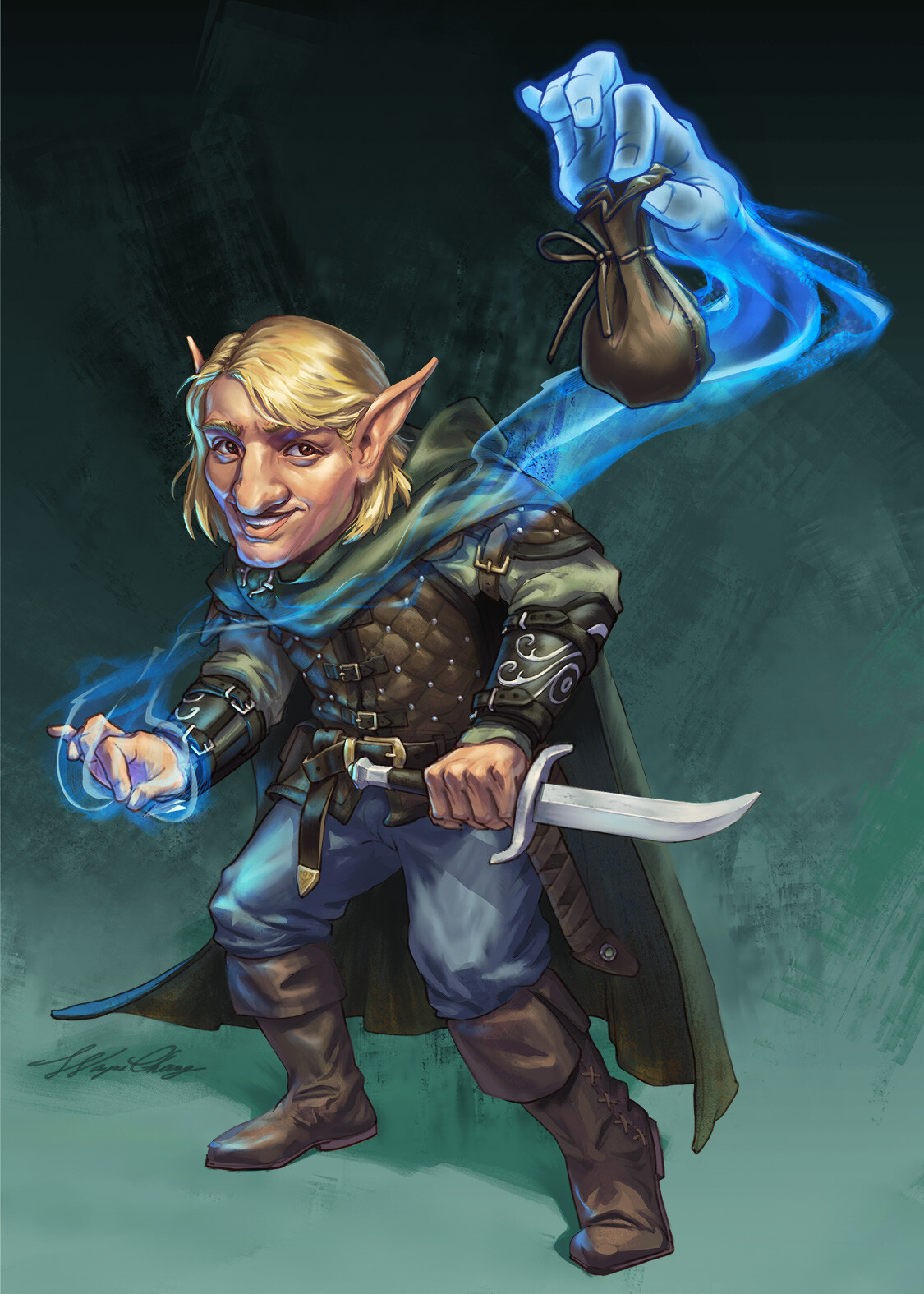 Arcane tricksters combine their knowledge of spells with a taste for intrigue, larceny or just plain mischief. They are among the most adaptable of adventurers.

Arcane spellcasting and the sneak attack ability are needed to qualify for this class, making it a natural choice for multiclassed wizard/rogues or sorcerer/rogues. Assassins occasionally opt for this class, but usually only if they already have wizard or sorcerer levels.

Arcane tricksters tend to use a seat-of-the-pants approach to adventuring, loading up on spells that improve their stealth and mobility. NPC arcane tricksters are the sort of people who might bump into you in a crowded cavern. (Check your pockets.)

Proficiencies: Arcane tricksters gain no additional proficiency in any weapon or armor.