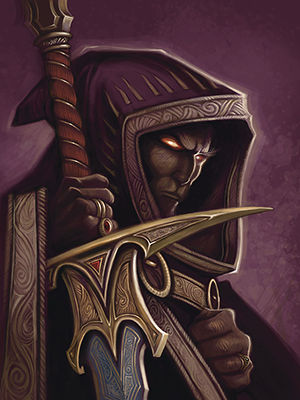 The assassin, almost purely a martial class, is a master of dealing quick, lethal blows. Assassins often function as spies, informants, killers for hire, or agents of vengeance. Their skill in a variety of dark arts allows them to carry out missions of death with shocking, terrifying precision. The assassin is not evil due to devotion to an evil power, but rather due to a complete lack of morals or ethics.


Dev Note:
Assassins are no longer casters. Their spell-kit is instead modified to gadgets that function in-game the same as the spells. In terms of RP, Assassins should roleplay that their abilities are gadgets/tools, and not spells.
Top Bottom