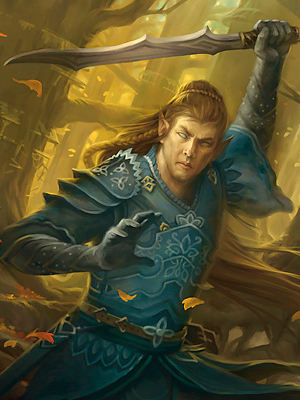 Bladesingers are elves who bravely defend their people and lands. They are elf wizards who master a school of sword fighting grounded in a tradition of arcane magic. In combat, a bladesinger uses a series of intricate, elegant maneuvers that fend off harm and allow the bladesinger to channel magic into devastating attacks and a cunning defense. Only elves and half-elves can choose the bladesinger arcane tradition. In the world of Faerûn, elves closely guard the secrets of bladesinging.

*This is a custom class that does not exist in traditional NWN.