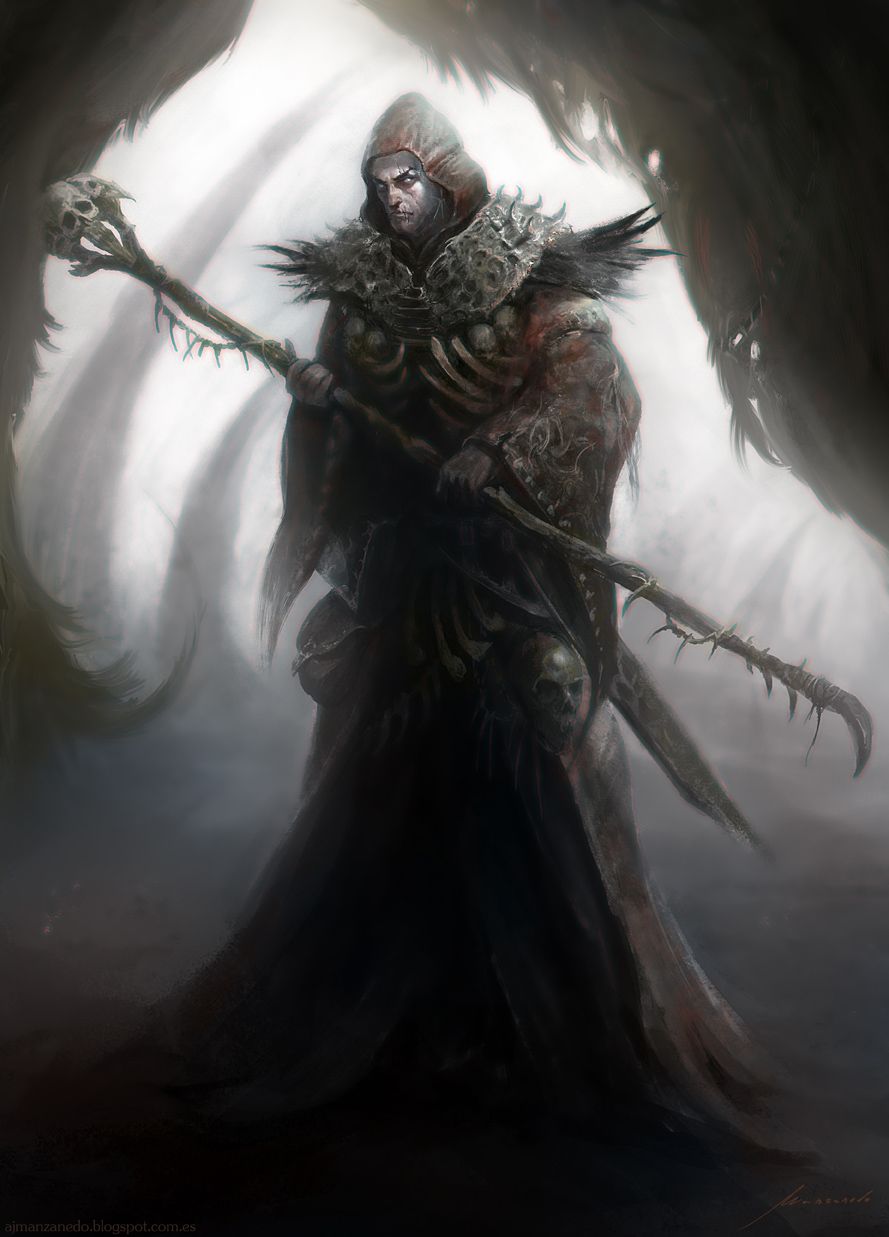 A specialist wizard who calls themselves a necromancer or a cleric with the Death domain has significant power over undead and the forces of negative energy, but a Dread Necromancer is their true master - a result of devoted study. A practitioner of vile and forbidden arts, the Dread Necromancer roots about in graveyards, searching out moldering components for their obscene spells. They call upon restless, tormented spirits of the dead, seeking their arcane secrets. They might be a consummate villain, or perhaps a tortured hero whose obsession with death leads them along questionable moral paths.

The source of the Dread Necromancer's spellcasting remains rooted in ambiguity. Due to The Longest Year, scholars have struggled to truly define the origin-source of Dread Necromancer spells. Some claim that the spellcasting is innate. Some believe it is divine. The more commonly accepted viewpoint is that the spellcasting is a learned practice, developed over countless hours of study and practice into morally-horrifying topics and actions. The practice of violently manipulating souls and reanimation of corpses to do the bidding of the Necromancer are considered Evil acts. Therefore, Spellcasters who choose to follow this path, choose to follow a path of evil.

NOTE: This class is universally treated as an undesirable and generally is likely to struggle within the setting of TDN. What this inherently entails is guaranteed permanent death through our death system. As such Dread Necromancer isn't recommended for new players or those that shy from hardship, confrontation, and conflict in storytelling.