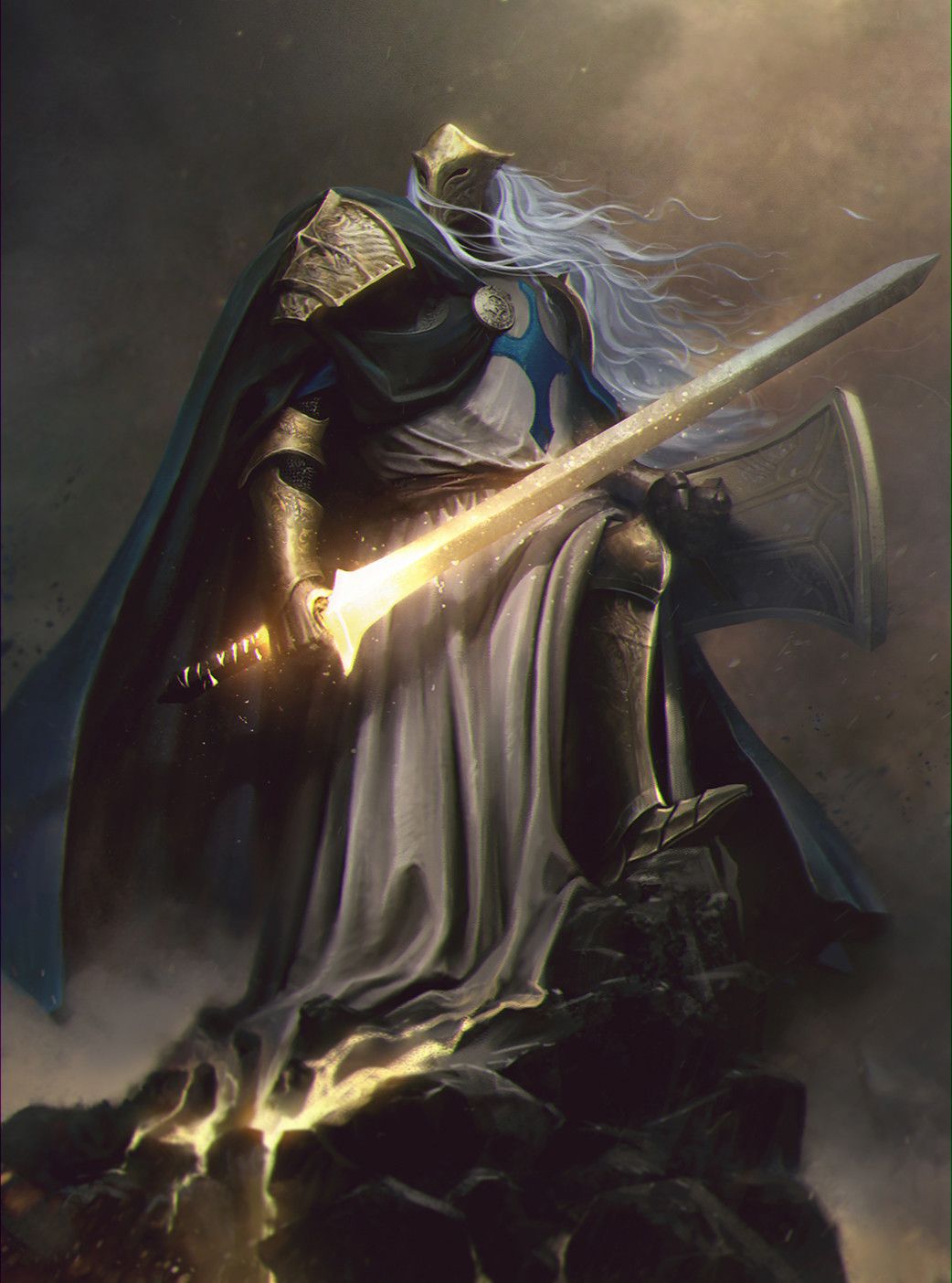 The Favored Soul follows the path of the Cleric but is able to channel divine power with surprising ease. They are able to perform the same tasks as their fellow divine spellcasters but with virtually no study; to them, it comes naturally. Scholars wonder if Favored Souls have traces of outsider blood from unions, holy or unholy, centuries ago and generations removed. Others suggest that divine training of the proper type awakens the ability, or that Favored Souls are simply imbued with their gifts by their gods when they begin the Cleric's path. In any case, Favored Souls cast their spells naturally, as much through force of personality as through study. Though this gives them extraordinary divine abilities no normal person could ever match, they see their gift as a call to action, and so in some ways may lag behind their more studious colleagues.

Favored Souls are often loners, wandering the land serving their deities. They are welcomed by their churches but treated as unusual and are sometimes misunderstood. They are emissaries of their deities and thus often outside the church's command structure - respected mystics not requiring the support normally crucial to a priest's success. This makes them sometimes revered and sometimes envied by their Cleric counterparts. While Favored Souls are occasionally disrespected for their perceived lack of discipline, devout worshipers commonly perceive them as a powerful message from, and indeed a living manifestation of, their deities.

Favored Souls cast divine spells by means of an innate connection rather than through laborious training and prayer, so their divine connection is natural rather than learned. These divine spellcasters know fewer spells and acquire powerful spells more slowly than clerics, but Favored Souls can cast spells more often, and they have no need to select and prepare them ahead of time.

Divine magic is intuitive to a Favored Soul, not a matter of careful prayer. This intuitive nature leads to a freer interpretation of faith and doctrine, and so Favored Souls tend slightly toward chaos over law. A Favored Soul is often of the same alignment as their deity, though some are one step away. For example, a Favored Soul could serve a lawful good deity and be neutral good themselves.

Favored Souls learn of their connection with the divine at a young age. Eventually, a young Favored Soul understands the power that she has been wielding unintentionally, unless they die before attaining such comprehension. Favored Souls, as naturally inclined divine channelers, are also often born loners. Unlike Clerics in a temple, they gain little by sharing their knowledge and have no strong incentive to work together.

The innate talent of spontaneously channeling divine power is unpredictable, and it can show up in any of the common races. Divine spellcasters from savage lands or from among brutal humanoid tribes (such as orcs or half-orcs) are more often Favored Souls than Clerics.

Favored Souls have the most in common with members of other self-taught classes, especially Sorcerers, but also Druids and Rogues. They sometimes find themselves at odds with members of the more disciplined classes, specifically Clerics, whom they sometimes view as too wrapped up in doctrine and rigidly defined attitudes.

The Favored Soul serves as a group's backup healer and defensive magic specialist. They can hold their own in a fight, especially if they chooses to focus on spells that aid them in combat.

Spellcasting: Divine (spell failure from armor is ignored), Charisma-based (a base Charisma score of 10 + the spell's level is required to cast a spell, bonus spells are based on modified Charisma, and the Charisma modifier affects spell DCs), and requires preparation. Note: Favored Souls do not receive access to Metamagic feats.