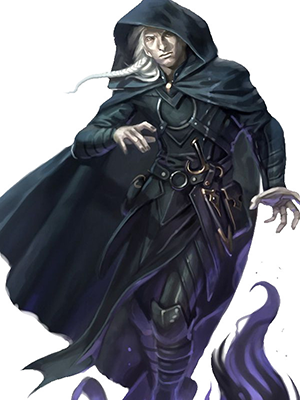 Shadowdancers are casters who focus on shadowy elements of magic and on a martial way of life. They are mysterious and unknown to most, rarely trusted and often even discriminated against in the wake of The Longest Year. Despite their apparent link with shadows and trickery shadowdancers are as often good as evil. They may use their incredible abilities as they wish. Shadowdancers seldom stay in one place too long. Some use their abilities to spy. Others operate as thieves, using their abilities to infiltrate past defenses and dupe others. Some even utilize their unique abilities primarily as killers.

Spellcasting: Must be able to cast 1st level arcane spells

Dev Note:
Traditionally, Shadowdancer held the position as a niche PRC and almost always used as a dip class for others who wanted HiPS in their kit. Additionally, the class theme-to-implementation felt off as the Shadowdancer really had very little utility beyond HiPS. The class kit has been completely overhauled and may seem/feel like a major departure from the traditional class. This is by design and intended to embrace the theme of a class that operates in the shadows, and maximizes their damage and utility with shadow based abilities.