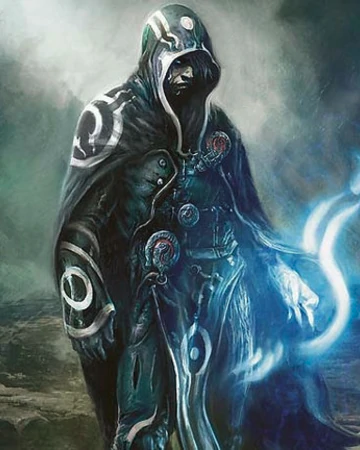 Born of a supernatural bloodline, a warlock seeks to master the perilous magic that suffuses his soul. Unlike sorcerers or wizards, who approach arcane magic through the medium of spells, a warlock invokes powerful magic through nothing more than an effort of will. By harnessing his innate magical gift through fearsome determination and force of will, a warlock can perform feats of supernatural athletics, beguile the weak-minded, or scour his foes with blasts of eldritch power.

A warlock has either made a pact (prior to The Longest Year) with a "supernatural power" themselves or the warlock's ancestors made the pact (I.e. it's in one's blood), and though the Longest Year has weakened planar connections, pacts remain in place, much like the connections between the divine and gods. Warlocks have not spoken directly or interacted with their patron. They, at best, communicated with some inconsequential underling that served as a messenger or just performed a ritual that struck the pact.

NOTE: This class is universally treated as an undesirable and generally is likely to struggle within the setting of TDN. What this inherently entails is a greater likelihood of permadeath. As such Warlock isn't recommended for new players or those that shy from hardship, confrontation, and conflict in storytelling.

Class Restriction: Warlocks may not multiclass with Divine Spellcasters.

Alignment Restriction: Any Evil or any Chaotic

Proficiencies: Armor (light): A Warlock can use any of his invocations while wearing light armor without incurring the normal arcane spell failure chance. Weapons (Simple).

Invocations (Spellcasting): A warlock does not prepare or cast spells as other wielders of arcane magic do. Instead, he possesses a repertoire of attacks, defenses, and abilities known as invocations that require him to focus the wild energy that suffuses his soul. In order to cast an invocation a warlock must have a base charisma of 10 + the invocation tier. (ex: In order to cast Dark invocations, a warlock needs 14 charisma). A warlock can use any invocation he knows at will, with the following qualifications:

The save DC for an invocation (if it allows a save) is 10 + equivalent spell level + the warlock's Charisma modifier. Spell-like abilities are not actually spells, but a warlock can benefit from spell feats as if they were. For the purposes of spell focus and immunities, eldrich blast is an evocation spell. The invocations that mimic spells function as the same school as the spell they mimic.

Similar to a sorcerer, a warlock can change their invocations known while leveling up.

Least Invocations*ESL is the effective spell level as if cast by a wizard for purposes of calculating the DC.