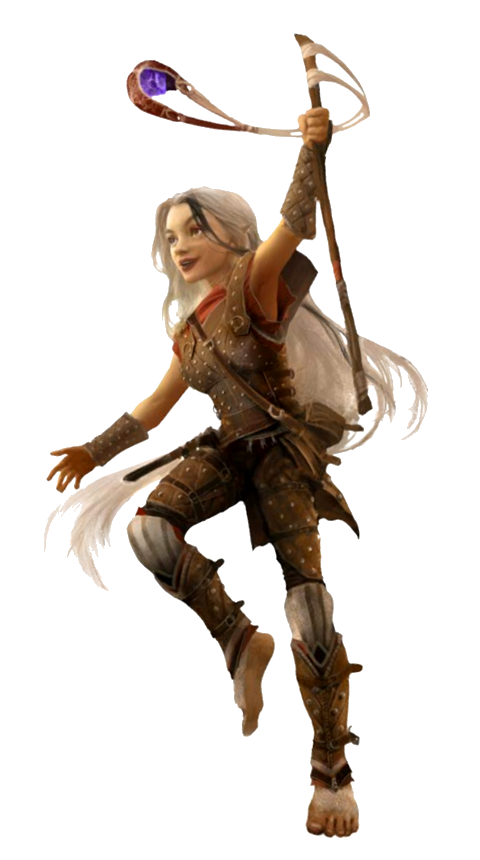 The warsling sniper is an expert in the use of the weapon commonly associated with the halfling race. Among the hin, these individuals are known by their proper name, and are often accorded great respect in the hin community. To nearly everyone else, however, these sharpshooters are known as "those damned sling assassins!" or by even more colorful epithets. While some warsling snipers do actually sell their talents to those wishing to dispose of their enemies, most are not professional assassins but rather highly skilled specialists who use their skills to help protect their communities or improve their chances of adventuring successfully. A number of warsling snipers remain with their family for most of their lives, imparting their superlative skills to the young.

Fighters, monks, and rogues are the most common practitioners of warsling snipery. Some barbarians and rangers, particularly those fighting for a partisan cause or engaged in the protracted defense of a homeland, find the warsling sniper's talents highly useful in their work. The occasional druid or cleric may adopt this path of study if it seems to support or compliment her religious beliefs and practices. Wizards seldom sacrifice the benefits of additional spells to take up the halfling warsling with such single-minded devotion, and sorcerers do so with only slightly more frequency.
The art of warsling expertise is often passed from generation to generation, particularly among the lightfoot hin. This strong familial association is perhaps the reason that warsling snipers are found more frequently among lightfoot halflings than ghostwise or stronghearts. Warsling snipers are not unknown among the ghostwise and strongheart hin, but generally these subraces prefer different sorts of ranged weapons. A small gathering of warsling snipers sometimes cooperate to undertake a joint mission (such as ambushing individuals who are making life difficult for the local hin), and at least few wandering lightfoot communities boast small military units of warsling snipers.

In the wake of The Longest Year, the often magically inclined gnomes could no longer rely on their ordinary methods. Hin, commonly close enough with gnomes, began to pass on this unique technique of Warslinging to those receptive among gnomekind, in order to aid them in defending themselves through physical means outside of alchemy and inventions. While many gnomes cling onto such traditions, some have turned to simpler ways of combat, whether out of necessity, mimicry of halfling culture, or something else altogether.

Proficiencies: Warsling Snipers gain no proficiency with any weapons, armor, or shields.